Admitting that this dish exists in numerous versions, and that the Ribollita in reality is nothing other that a vegetable soup to which some bread is added and then re-cooked (re-boiled: Ri-bollita in Italian means re-boiled), we’ll give you our recipe.

Put some cannellini beans in abundant salted water along with some garlic and sage. In a pan slightly fry some onions, celery and carrots, which have been cut into small pieces with some extra virgin olive oil.

Add some finely chopped leeks, some black cabbage leaves which have had the central vein taken out, some savoy cabbage and the chards. Add some small tomatoes and cook with a lid on.

Toast some stale Tuscan bread and add it to the vegetables along with half of the boiled beans, which have been pureed, and the other half whole.

Add the thyme, and a bit more oil, salt and pepper if needed and re boil stirring until the bread is completely disintegrated. 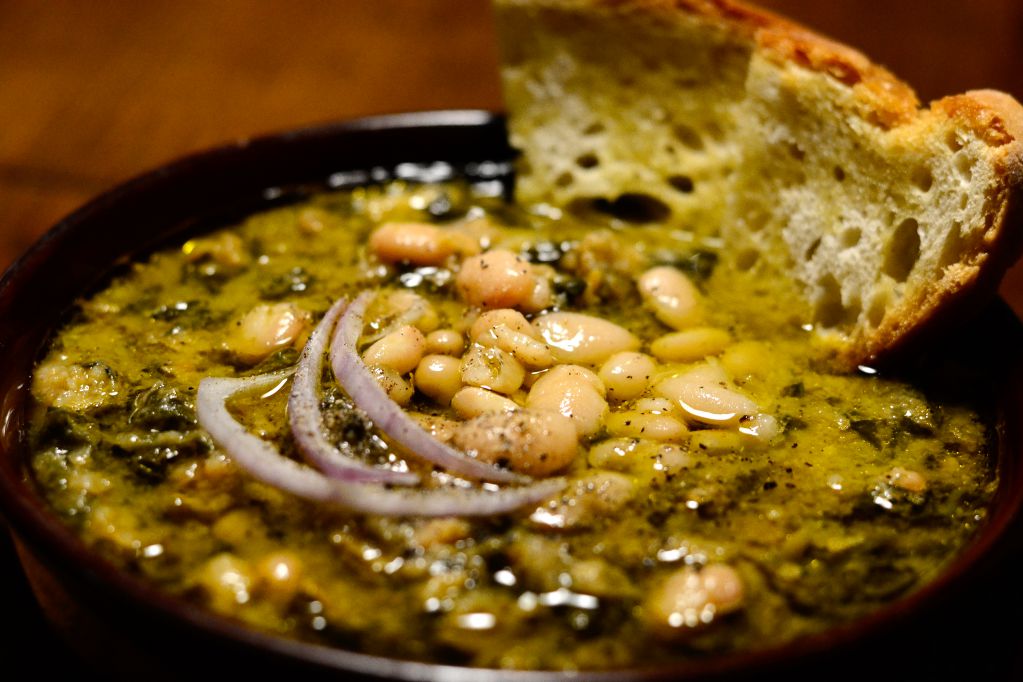 Cut finely the onion and cook with a little oil until it goes translucent.  Add the tripe, which has previously been cut into strips, add salt and pepper and blend with white wine. Add the tomato and let it reduce down (it should not be watery) for about twenty minutes.

Before taking it off the heat add a knob of butter and a good “grating” of parmigiano cheese.

Serve hot with more parmigiano cheese on the side. 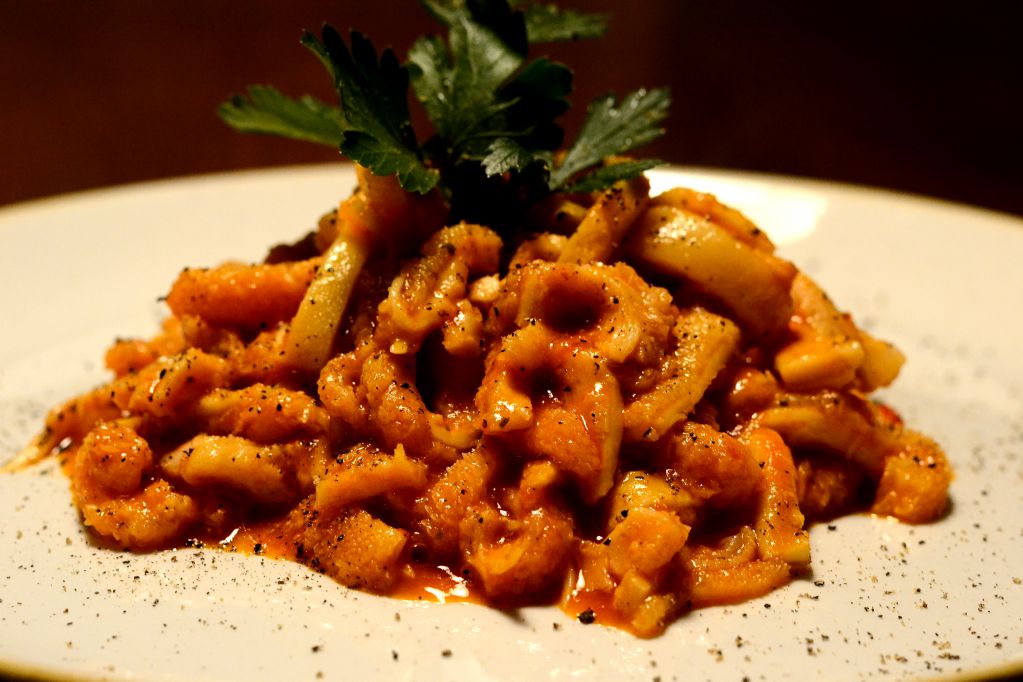 Here we are not talking about a real recipe, but of following a few little rules and avoiding some errors, which are reported underneath.

Do not cook it on cooking plates, steak grills or worst again in a non-stick pan! Cook it only on the grate of a barbecue with live, hot coals and without a flame.

Don’t marinate it, don’t add salt before cooking, don’t turn it more than once and use a palette and not a big fork, but above all don’t cook it for more than 5/6 minutes each side. The steak, 3 or 4 cm thick is only eaten rare and seasoned with salt and pepper. 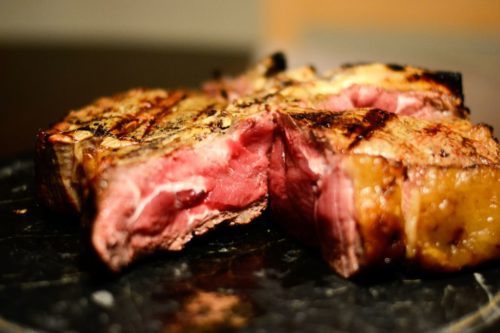 Golden the onion with butter, a tiny bit of oil and a bouquet of sage.

Add the chicken livers, moisten with Vin Santo (a Tuscan fortified wine), add pepper and cook for about fifteen minutes.

Once taken off the heat add some capers, an anchovy fillet and chop not too finely, adding if needed some more salt. 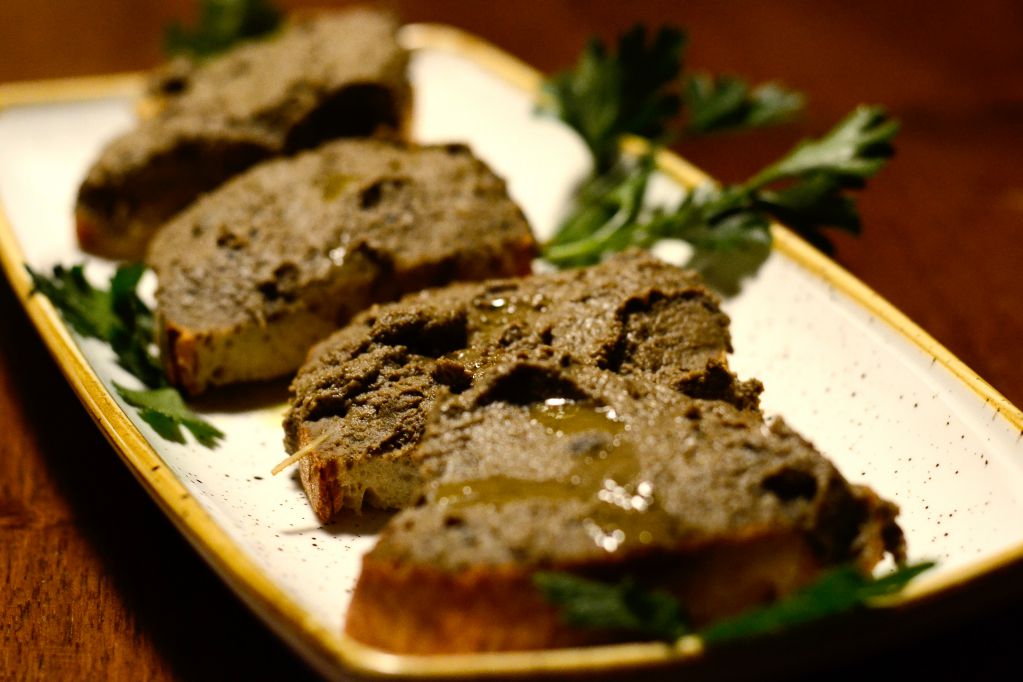